The beauty of Italy's Elba island is breathtaking, and most visitors immediately fall in love.

Legend and mythology relate that, due to the timidity of the goddess of beauty and love, the Tuscan Archipelago was born. That beauty persists since a long time in Elba island, and most tourists immediately fell in love. There’s no surprise. All the greatness Tuscany has to offer can be found on Isola d’Elba united.

I feel rain on my face. My companions run inside already. But the Dutch isn’t going to melt with a downpour. Even if there is rain and the wind causes the water to drop nearly in vertical direction. I adore the ship’s shaking, wetness, deck sluggishness, the whitish waves of the usual calm Tyrrhenian Sea. I like this.

Under deck, you miss the smell of humid air and the vision of the black rock that is getting closer, the feeling that a new adventure is about to start. The dark shape fills with details of a mist shrouded island each second, and slowly forests, beaches, villages appears. Places for dreaming and exploring. Fortunately, the tender showers in the Tuscan Archipelago never last long, and Elba island will soon bathe in brilliant sunshine again.

It is not in historical records whether the sun shined on these waters between Piombino, on the Tuscan continent, and Portoferraio, on Elba, in May 1814. But it wasn’t probably shining for the most famous or infamous temporary Elba inhabitant, Napoleon Bonaparte. He may have proclaimed himself the island’s new ruler with his personal guard of 400 soldiers, although for the vanquished French Emperor this was actually an important degradation.

Napoleon himself told the British officer that took him to Elba, ‘I wish to live in peace from now on.’ He hardly lasted more than 300 days.​

Still, Napoleon undoubtedly brought energy to its head from the spiteful thunderclouds. Waterworks, mini-opera, swamp recovery, a new school and judiciary, for the sake of naming a few. He left a whole lot of his markings. Forts, bridges and wells offer testimony to the appetite for action of Napoleon. He seemed delighted with his island in the Tyrrhenian Sea. The adored wife stayed back in the home-country, but his mother, his Polish maid and a local lady named Sbarra lived with him. When the weather is fine, you can see from the west end of the island Corsica, the island he was born. Napoleon himself told the British officer that took him to Elba island, ‘I wish to live in peace from now on.’ He hardly lasted more than 300 days.

I imagine that living on an island with turquoise bays, one hundred and ninety golden beaches and the rocky Monte Capanne, Elba’s tallest mountain with its 1019 meters in height, I would have lasted longer. Elba is about half Texel’s size, so it’s easy to manage. Not only on earth, but also on water.

The red kayak sticks out from the blue waters. Below me, when my paddle falls through the waters, a school of fish flashes quickly. Starting on the northern part of the island, I took off from the beach of Sant’Andrea. The sea is quiet as I drift around the rough coast.

To my right, the granite boulders look down on me, the slopes filled with junipers. In addition to the many fish, these seas include many wrecks that have never been found, as they put it. The sea doesn’t surrender them, despite countless search attempts. I am paddling up and down in my kayak, and it is believed that Venus, the goddess of beauty and love, was born right here. Legend says that when she rose from the Tyrrhenian Sea she lost seven pearls from her neckless, and as they fall down into the ocean, they became those little islands filled with radiant nature and crystal clear waters. Elba came to life from the biggest of the pearls.

Venus, the goddess of beauty and love, was born right here. Legend says that when she rose from the Tyrrhenian Sea she lost seven pearls from her neckless, and as they fall down into the ocean, they became those little islands filled with radiant nature and crystal clear waters. Elba came to life from the biggest of the pearls.​

After about 4 km, I paddle in the Marciana Marina on the northern side of the island. I haul my kayak up the little beach and walk down the peaceful town beach boulevard. You’ll discover Marciana a little further inland. In the Middle Ages, when the Saracens ravaged the island regularly, the inhabitants on the high rocky mound erected their villages. The steepest of them is Marciana, an almost upright settlement full of steps and terraces. Nobody seems to have invented height fear yet.

I’m back on the kayak and paddling for another hour, until I finally set foot on the ground at Spiaggia de Proccho. I’m hungry. The sweet life, La Dolce Vita, only improves with a delicious lunch made out of pasta and fresh seafood. It is time to return to the capital.

Portoferraio is a beautiful town. Fortress, actually. In 1548, after Turkish pirates already reduced the town to ashes many times, Cosimo de’ Medici, the Grand Duke, commissioned the building of Forte della Stella and Forte Falcone. The fortresses are connected by fortifications. The Turks couldn’t get through and were forced to stay away from the ‘Impenetrable.’ At this stage, half a dozen allies and two cannons could protect the island. But from who, or what?

So we plunge into the small streets. The old men gesticulate madly, the laundry hangs outdoors and the Mediterranean soul shines from their crawl dwellings. In the spiraling alleyway of Portoferraio, we sat at Osteria Pepenero, a local little restaurant.

The cooking of Elba consists of dishes such as Sburrita, cod with garlic, pepper, oil and bread, as well as Gurguglione, a form of ratatouille.​

Elba Island’s cuisine is recognized for its frugal nature. This frugality is related to the history of its people: for a long time they have been relatively impoverished. The cooking of Elba consists of dishes such as Sburrita, cod with garlic, pepper, oil and bread, as well as Gurguglione, a form of ratatouille. Personally, I wouldn’t call this food frugal, but rather flavorful.

Basically, Elba island is the sum of everything there is good in Tuscany. Or concentrated Corsica without its ferocity. After three hundred days, the strongest and most feared of all Corsicans, had enough. Evil mouths asserted that Napoleon had fled. It couldn’t have been further from the truth, as the British writer Norman Ian MacKenzie writes in the book ‘The Escape from Elba.’ A huge goodbye party celebration was held by Napoleon before happily embarking the boat. Get Europe back again. It was turned into his Waterloo.

‘If he had just stayed on Elba’, Osteria Pepenero’s owner sighs, ‘if only… perhaps he would have lived longer, surely happier. Perhaps that goes for all of us. On Elba, it is easy to be happy’. 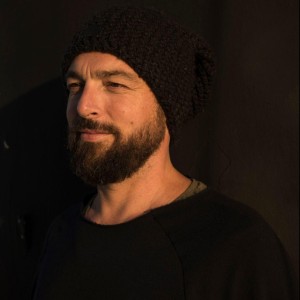 Marco is an internationally renowned travel writer. His travel stories have been published in, amongst others, National Geographic Traveler, Newsweek, Lonely Planet Traveler and Sidetracked. He is the founder of WideOyster Magazine.

Here you can find some amazing travel stories, to tickle your travel bone or just to dream away. Sometimes we travel without moving.

We present you the website where you can keep up to date with all the requirements for travel to the...

Food acts as the bridge between ourselves and others, also between us and the rest of world.

An incredible Greenland sailing adventure where icebergs the size of villages float in serene majesty.

Our recommended destinations for PASSENGERS So, you’re a passenger? Welcome! You are a very special traveling personality, and we are...

The beauty of Italy's Elba island is breathtaking, and most visitors immediately fall in love.